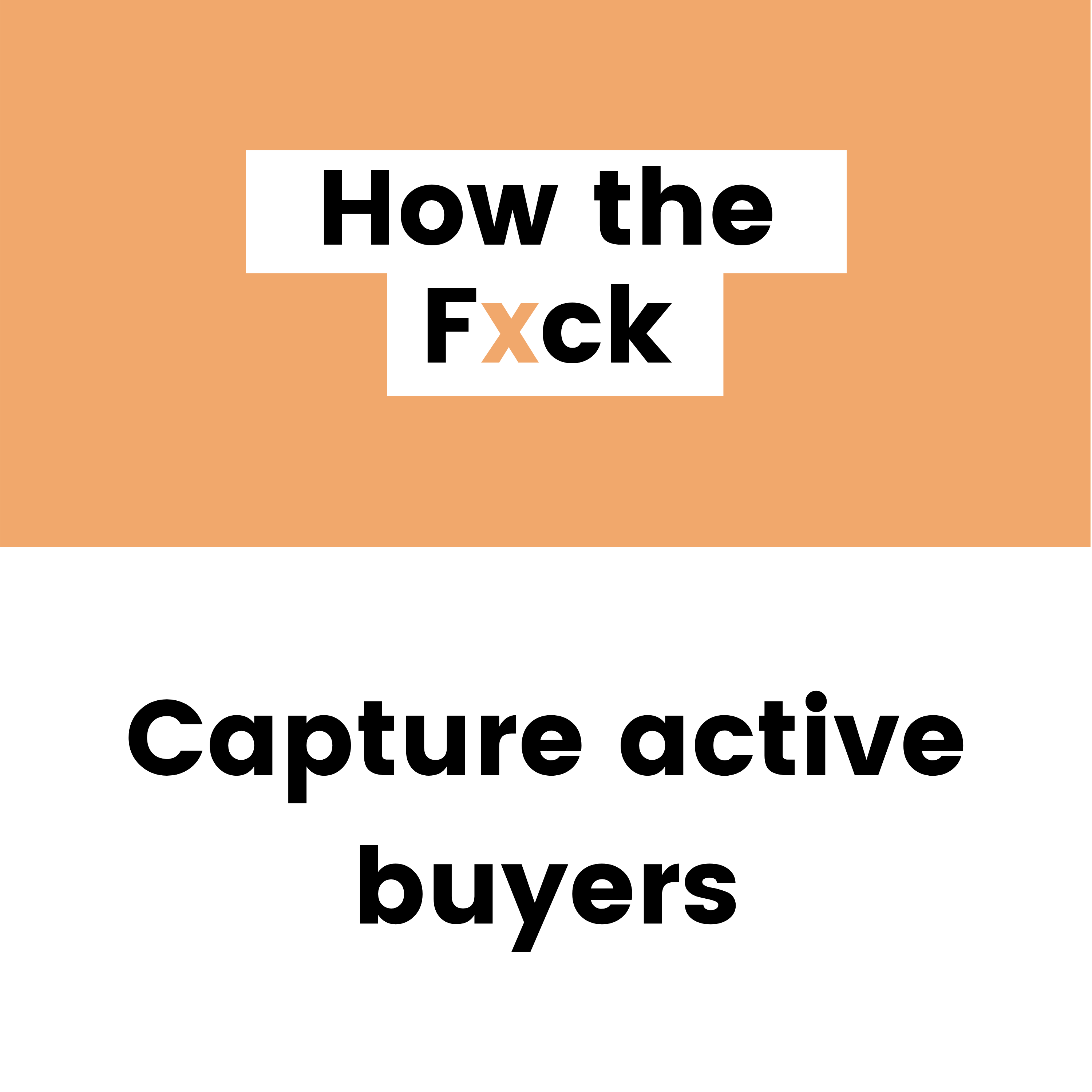 They were Apple, now they’re Airbnb.

In other words, they used to sell their own product but now need to find others to sell theirs on their platform.

They came to me with this problem: ‘We have the audience but not the product.’

How do we get people to sign up to sell with us?

We had about 60 minutes to talk, here’s where I told them to start.

Everyone is not a ‘potential customer’. Once you've defined your target audience, there’s only a subset of them who deserve your focus.

And, when you’re starting off, it’s easiest to capture the 3% of buyers currently shopping for exactly what you do.

Later down the line, you’ll only be able to sustain growth by convincing the 7% and next 30% (in the above image) to buy.

But, until then, focus on your 3%. Capture existing demand. Don’t create it.

During the following time we had together, I gave him one strategy to do that.

We browsed through Ahrefs together and typed in a few keywords that the 3% might be searching for.

Which revealed that every month, someone was searching for:

Now, we just scratched the surface of what’s possible with keyword research.

If we did this in-depth, we’d need to make sure of the intent behind each keyword (is it our customer making this search, or is it actually the name of a new Playstation game…stuff like that really happens).

We’d also try hundreds of different variations of searches with the aim of finding our 3%—high intent to purchase, actively looking—of customers.

We might try ‘how to get out of letting agent contracts early’, or ‘which letting agent is cheapest’. Two searches that would indicate that the searcher intends to switch letting agents, which would be perfect for someone like Airbnb to capture.

The how is your content. I told my friend to create a landing page for each of these searches and optimise it to rank highly in Google.

There’s a lot that’s been written about this, but from personal experience doing this, I see a discrepancy between what is ‘taught’ and what worked for me.

I briefly covered how I got an article to rank above Hubspot in a recent LinkedIn post.

Thank you! Your submission has been received!
Oops! Something went wrong while submitting the form, reach me here: ben@thefxck.com

Casey Graham, How to build a successful brand on LinkedIn